The history of the Novosibirsk Region

The exhibition tells about the accession of South Siberia to Russia in the XVIII — early XX centuries. The first settlements with fortification on the territory of modern Novosibirsk region were Umreva, Chaussky and Berdsk fortresses. They were military, defense and administrative centers. The rural settlements appeared around the fortresses. The Moscow-Siberian tract developed from the 1730-s. The tract accelerated further economic and demographic development of the region. The copper- smelting plant and mint was built on the river Nizhny Suzun in 1764. The appearance industry has become a new impetus for the growth of population and development of the territory.

The construction of the great Siberian railway in late XIX — early XX centuries led to powerful social, economic and cultural changes, significantly cheapened the carriage of goods and passengers. Started unprecedented mass influx of immigrants from European Russia. Among them was dominated by farmers who had developed new vast tracts of land, founded new settlements, formed the labor market. The railway had contributed to the emergence of new cities, which grew out of the stations and villages. These include the village of Novo-Nikolaevsk.

The town Novo-Nikolaevsk originated around construction of a railway bridge crossing the Ob river. It grew from small united villages and the railway station Ob and became a vivid example od a rapid development of Siberia fostered by the Transsib construction. Novo-Nikolaevsk took a very advantageous economic and geographical location that attracted active people from the whole country.

The beginning of World War I opened a series of tragic events across the whole Russian Empire. However, it didn’t stop the growth of Novo-Nikolaevsk that became a big rear center of mobilization still with a fast-growing economy. The events of the Russian revolution in 1917 came bloodlessly into Novo-Nikolaevsk that the whole year stayed under the regime of polycracy and alert. Then the Civil War ended with the victory of new Soviet Power that changed all the regimen of previous live in Russia. The Soviet Power appreciated the fact that Novo-Nikolaevsk didn’t have any serious anti-Bolsheviks political opposition and made the young city the capital of Siberia.

During the Soviet five-year industrial plans West Siberia appeared to be in the very center of the events. The tens of new industrial companies were built and the old ones were reconstructed. The first five-year plan was completed for 4 years and 3 month. It was a rapid industrial progress for that time. Indeed, that grand purpose was achieved through the self-sacrificing day and night work of people, flow of forces from village, famine and utilization of disguised forced labor.

The exhibits include uniforms, arms, ammunition, items of soldiers' life, factory machines of the time of the war, the products of the Novosibirsk factories which were delivered to the front, banners, photos and documents of the time of the Great Patriotic War from the museum funds.

By the end of 2017, a complex will be installed in the museum to allow work with the museum materials, where the visitors will be able to read the Books of Memory of the Novosibirsk region and other documents dedicated to the period of the Great Patriotic War.

The exhibit halls are dedicated to the history of the Novosibirsk region in 1950—1960s. These two decades became one of the key periods in the development of the region.

The exposition represents materials about the mourning for Stalin, the new agrarian policy and the life in villages, exploration of virgin lands, the post-war stage of the work of people moved to Siberia at the time of the Great Patriotic War, construction of the Communal Bridge, of the Novosibirsk hydroelectric power plant, opening of new universities, foundation of the town of science, Academgorodok, of the Siberian branch of the Soviet Academy of Sciences, the coming of conductor Arnold Katz to Novosibirsk, and opening of the Novosibirsk Picture Gallery, the television studio and the House of Fashion.

Mass construction of standard apartment blocks with compact Khrushchev-era apartments — «Khrushchevkas» — started at the end of the 1950s. It changed the interior dramatically. Pieces of the new apartments have been recreated in the Museum halls. 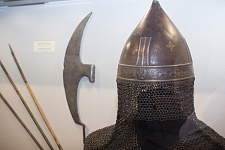 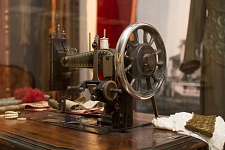 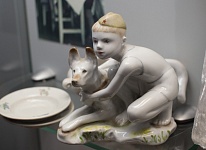 Buy a ticket
Order a tour